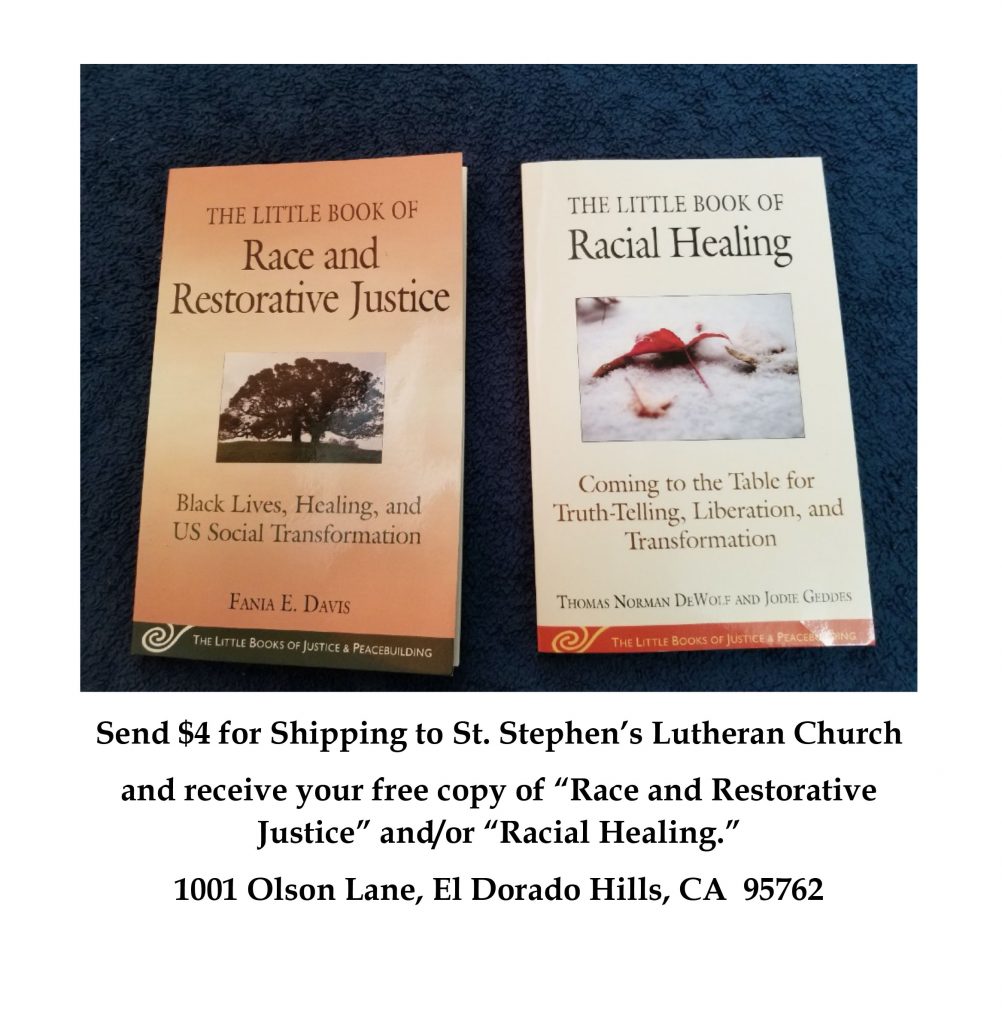 For many resources on Racial Healing – ccomintothetable.org

For those under stress because of Racial Injustice, Anger, and Depression, see https://comingtothetable.org/project/our-guided-meditation-recordings.  A few minutes of centering can make your day much better!

On an evening in June 2015, a group of believers gathered for Bible Study and prayer at the Mother Emanuel AME Church in Charleston, South Carolina.  An historic black congregation, Mother Emanuel was founded in 1816, and had always played an important role in the history of the region.  They were joined by a white young man, a baptized and confirmed Lutheran.  At the close of the study, the man stood up and with a gun took the lives of nine of the people present.  Those who died were: Wounded were Felicia Sanders and her 5-year old granddaughter, and Polly Sheppard. The crime hit the Lutheran world hard.  Not only was the young man Lutheran, pastors present at the Bible Study had studied at Lutheran institutions.  I imagined how hard it must have been for the pastor and teachers of this young man to tend to their flock, knowing the unspeakable trauma he had committed. I wanted to honor the nine people who died.  The design is similar to a stain-glass “rose window,” found in cathedrals.  Each petal is a person.  All of the dead have “hearts” and the sign of the Holy Spirit on their foreheads. As I created this mosaic over several years, I prayed for the families of the Emanuel Nine.  I prayed for Felicia, her granddaughter, and Polly.  I prayed for the First Responders who had to walk into a room of horror.  I pray for the parents and friends of the young man as well as the young man himself.  I pray that in the face of such hatred, I can be a person of love and hope. Another pastor asked recently, “If someone like this young man came among us today, what would we do to help him?  How would we try to deter him from white supremacy and violence?”  Though I have no easy answers, I think that justice and mercy must be partners.  There must be justice, and there must be healing for those harmed.  Otherwise, cycles of violence just keep repeating.